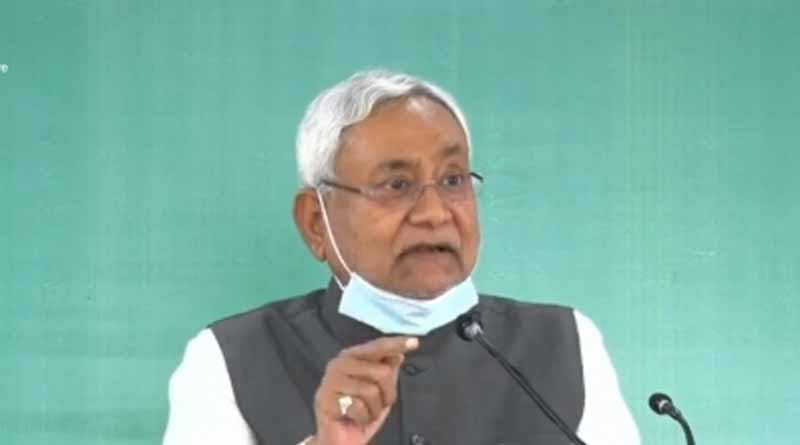 scenario. Both JD (U) and Grand Alliance had convened meetings of their MPs and Legislators

in changed political scenario in Bihar.

from the party on Saturday evening following a show cause notice was served to him by the party seeking explanation on amassing assets disproportionate to his known sources of income.

RCP Singh had resigned from the party alleging that some leaders were constantly humiliating him and crossed all limits. He had also described JD(U) as sinking ship.

JD(U) president Rajiv Ranjan Singh alias Lalan Singh had announced on Sunday that his party was no more prepared to accept a new Chirag model which was being prepared by BJP through RCP Singh to damage JD(U). LJP MP Chirag had fielded candidates against JD(U) damaging its electoral prospects in 2020 Bihar Assembly Elections.

wake of RCP episode. It was expected that Chief Minister Kumar can take a decision to walk

out from NDA after seeking views of party leaders in the meeting.

On the other hand, leader of the opposition Tejaswi Prasad Yadav also convened a meeting of

It is expected that Grand Reliance may extend support to Chief Minister Kumar to form a new government if he decides to walk out from NDA.

Chief Minister Kumar will call on Governor at 4 PM

Advance booking of ‘Avatar: The Way of Water’ opens