If any state is providing ‘X’ incentive for promotion of business opportunities, Odisha will provide ‘X-plus’, Patnaik said at an investors’ meet in Bengaluru on Wednesday.

Welcoming potential investors at the meeting, the Chief Minister told the industry leaders, “Come, invest in Odisha and be our partner in ushering in a new industrial age in Odisha.”

Patnaik also said that his government ‘walks the talk’.

The Chief Minister sought the participation of industry leaders in the ‘Make in Odisha Conclave’ to be held in Bhubaneswar from November 30 to December 4.

“I have come to invite you all to Odisha to be part of our transformative journey. Odisha is now progressing fast in every sector. On the strength of our abundant natural resources, skilled human resources and stable governance, Odisha is emerging as a leading destination for industries and investment,” he said.

“The Conclave is a platform for our state to showcase our growth story and present what we have to offer to the investors across the globe. It is a platform for industry captains and thought-leaders to talk about the future outlook of various industrial sectors,” Patnaik added.

Stating that most of the top Indian IT companies have established their centres in Bhubaneswar, Patnaik said his government is also providing continuous support to the startup ecosystem.

Highlighting the state’s record on grounding of investment proposals, he pointed out that Odisha is ranked among the top states in India in terms of live manufacturing investments and has been accorded the ‘Achiever’ status in the recently-released Ease of Doing Business ratings.

Earlier on Wednesday, Patnaik met several industrialists from across sectors to discuss their plans for Odisha. He personally invited them to be part of the Make in Odisha Conclave. 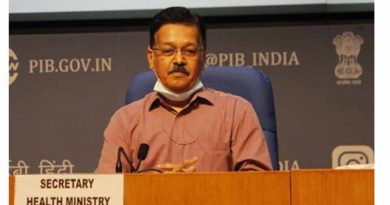 Track list of Guru Randhawa‘s ‘Man of the Moon’ out