Lahore, Aug 5 : Pakistan Prime Minister Shehbaz Sharif’s son Hamza Shehbaz reached London reportedly to “give an explanation” to his uncle and PML-N supremo Nawaz Sharif about the party’s humiliating defeat in the crucial by-polls in Punjab at the hands of Imran Khans PTI.

The elder Sharif who is upset over losing Punjab to the PTI-PML-Q alliance is said to have summoned Hamza in London for his failure to retain the Chief Minister office, Dawn reported.

“Nawaz Sharif is upset over the party’s crushing defeat in the Punjab by-polls last month, which overthrew its government making it vulnerable in the province which otherwise was considered its stronghold. Hamza will have to satisfy his uncle for his poor performance being the Chief Minister and his father flawed strategy in the face of Khan’s aggressive campaign during the by-polls,” a PML-N insider told Dawn.

He said although Nawaz Sharif had been told at a party meeting about “reasons” of PML-N’s defeat, he wanted to have an “in-person explanation” in this regard.

“Hamza will also have to explain his poor coordination with his cousin Maryam Nawaz during his short stint as Chief Minister. Hamza had not obliged Maryam in taking her recommended lawmakers in his cabinet. Besides, he also did not promptly follow Nawaz’s instructions when he was the Chief Minister,” the insider told Dawn news.

Maryam Nawaz reportedly had refused to take the blame for the party’s defeat as she was of the view that she did whatever she could by leading an aggressive campaign.

However, her critics in the party said she wasted at least a week in “thinking” whether to campaign for the PTI turncoats or not whereas Khan had launched the campaign much earlier, Dawn reported.

FM to industry : Be prepared against tariff walls on exports by nations undergoing green transition 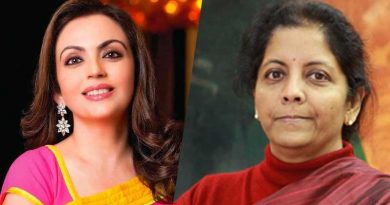