Islamabad, Nov 15 : The Pakistani government has banned the film “Joyland”, its official entry for the Oscars, for containing “highly objectionable material”, with the controversy triggering social media debate on the issue of censorship.

The film, which portrays a love affair between a man and a transgender woman, has won global accolades on film festival circuits, including at Cannes earlier this year. It was slated to be released in Pakistan on November 18, Al Jazeera reports.

But a complaint by a religious party leader forced the federal censor board to reverse its earlier decision, and to declare the movie ineligible for the “whole of Pakistan”.

“Written complaints were received that the film contains highly objectionable material which does not conform with the social values and moral standards of our society,” the notification issued on Friday stated.

Jamaat-e-Islami (JI) party Senator Mushtaq Ahmad Khan praised the ban in a tweet, saying that as an Islamic republic, Pakistan must adhere to Islamic values and norms, the BBC reported.

The controversy around the film has spilled over into social media, with #ReleaseJoyland and #BanJoyland trending both in favour and against the critically-acclaimed film.

An outpouring of support has flooded social media from people, including artists, for the film.

Author Fatima Bhutto tweeted praise for the movie in a thread and said “Joyland” is a “beautiful, honest and intelligent film and it should embarrass the state that people all over the world can watch it except people at home”, the report said.

“The censorship of ‘Joyland’ is senseless. Pakistan is teeming with artists, filmmakers, (and) writers and has a cultural richness and more importantly bravery that the world admires. A smart state would celebrate & promote this not silence and threaten it.”

Under pressure, the government of Prime Minister Shehbaz Sharif on Monday constituted an eight-member committee to “deliberate on complaints” against the movie. The committee has been asked to submit its report by Tuesday.

Director of the film Saim Sadiq told Al Jazeera that he was dismayed at the government’s decision.

“This is a very confusing situation. Earlier the board granted a certificate and suddenly (it) has been taken back,” he told Al Jazeera.

“We are taking every democratic and diplomatic and legal means available to our end to try and sort this out and we hope that better sense will prevail.”

“Joyland” is set in Lahore city and depicts the story of a young man who falls in love with a transgender woman. It debuted at the Cannes festival earlier this year, where it received accolades, including the Jury Prize as well as the Queer Palm award.

It has since won global praise at various film festivals and on Friday, the day it was banned in Pakistan, Sadiq received the Young Cinema Award at the Asia Pacific Screen Awards in Australia.

The movie was chosen as Pakistan’s official entry for the Academy Awards (Oscars) in September, and the youngest Nobel Prize winner, Malala Yousafzai, has joined the “Joyland” team as an executive producer to promote it for the upcoming awards season.

Sadiq says no film can please everyone and those who do not like can choose not to watch it.

“If you have a problem with a film, you can just choose not to watch it. No film will please all the people, and that’s why we don’t need to take permission from 220 million people to release a film,” he said.

Pakistan has a history of banning movies on various subjects, often citing religious and nationalistic reasons for its decisions. 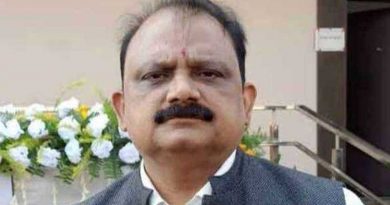 Team focusing on every aspect of game: Amit Rohidas

Sensex down over 300 pts