Itanagar, Oct 22 : Moments before the Army aviation helicopter crashed on Friday in a forested area near Tuting in Arunachal Pradesh’s Upper Siang district, the pilots of the ill-fated chopper had sent a ‘Mayday’ call over the radio, Defence sources said on Saturday.

Mayday is an emergency signal that pilots use when their aircraft is in imminent danger.

“Prior to the crash, the Air Traffic Control (ATC) had received a Mayday call suggesting a technical

“This will form the focus of the Court of Inquiry, which has been immediately constituted to

investigate the causes of the accident,” he said.

based at Likabali crashed at the general area of Migging, south of Tuting in Arunachal Pradesh

There were five personnel on onboard when the mishap took place. Four mortal remains have been retrieved by late evening of October 21, 2022. As per latest reports, efforts are on to retrieve the fifth mortal remains, he said.

“The weather was good for flying operations. The pilots had more than 600 combined flying hours on ALH-WSI and over 1800 service flying hours between them. The aircraft was inducted into service in June 2015,” the Defence PRO said.

The names of the personnel will be released after notifying their next of kin, he said, adding that the Indian Army offers deepest condolences and stands firmly with the bereaved families. 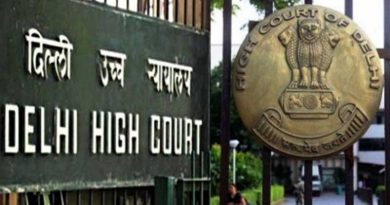 Macron says ‘will continue to speak to Russia’

3 hit by train in Jharkhand while taking selfies, 1 dead