Lahore, Sep 7 : While a sessions court in Lahore has sought reply from police on a petition challenging their refusal to book former Pakistan Prime Minister Imran Khan for allegedly ‘ridiculing’ the army, the Islamabad High Court (IHC) has asked the PTI chairman to join probe over his alleged threats to a judge.

The sessions court on Tuesday sought a reply from SP investigation and additional district complaint officer by September 10 on a petition challenging police refusal to register a case against the Pakistan Tehreek-i-Insaf chief on the charge of ridiculing the institution of army in his recent power show in Faisalabad, the Dawn reported.

The petitioner contended that he filed an application with the Samanabad police for registration of a criminal case against the PTI chief for ‘scandalising’ senior army officers.

He alleged that Khan through his statement attempted to create a rift among the senior army officers and tried to portray them as ‘less patriotic’.

He said the PTI chief’s act amounted to the offence of ‘sedition’ under the law, which was liable to be prosecuted following registration of a case.

He said, the SHO flatly refused to act in accordance with law on the application of the petitioner without any legal justification.

The Islamabad High Court also on Tuesday asked the PTI chief to join the investigation in the case registered against him for allegedly hurling threats to an additional district and sessions judge and top officers of Islamabad police.

Khan’s counsel argued before the court that the police incorporated some more section of law into the FIR.

On the court’s query, Advocate General for Islamabad Barrister Jahangir Khan Jadoon said the police has not yet filed challan before the anti-terrorism court, as Khan has not joined the investigation.

When the court asked if the investigation officer had ever tried to approach Khan, the AG replied that the officer had served notice at his residence, but the IO was not given access to the PTI chief.

The court asked Khan’s counsel to advise their client to join the investigation since the case is at the preliminary stage.

The chief justice remarked that the IO represented the state and in case of any lapse, the court were always there to watch over. He said this was a test case for the police itself, adding that the IO should scrap the FIR if the case was not made out.

The court asked the AG to inform the court in case the police would face any issue to access Khan.

The bench ordered the prosecution to submit the challan and adjourned hearing till September 15. 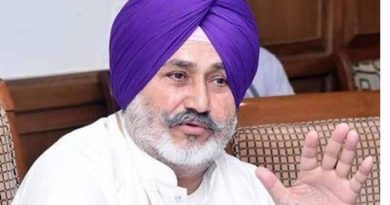 Rihanna’s solo Lift Me Up for ‘..Wakanda Forever’ is here

US lawmakers in Taiwan to meet president amid China tensions