Chennai, Sep 9 : The BJP in Tamil Nadu has taken a dig at Congress leader Rahul Gandhi for allegedly wearing a costly T-shirt during his ‘Bharath Jodo Yatra’ that commenced from Kanniyakumari on Wednesday.

The BJP tweeted, “Bharat, dekho (India look),” and posted two photos, one of Rahul Gandhi wearing a T-shirt and the other showing the price of a T-shirt similar to the one he was wearing. The BJP claimed that the Burberry T-shirt cost Rs 41,257.

Burberry, which is a British luxury fashion brand, is not available in India and it has to be purchased internationally if needed.

The Congress, meanwhile, hit back at the BJP with tweet in Hindi that read: “Hey, are you scared seeing the crowd gathering for the Bharat Jodo Yatra? Talk about issues… Speak about unemployment and inflation. If we have to discuss clothes, Modiji’s Rs 10 lakh suit and Rs 1.5 lakh glasses will also be discussed.”

Rahul Gandhi is walking from Kanniyakumari to Kashmir as part of Congress’ ‘Bharat Jodo Yatra’. He along with other Congress leaders will be covering 25 km per day. A total of 117 Congress leaders are accompanying Rahul Gandhi in the yatra, which, according to the Congress, is aimed at unifying India which has been ‘divided’ by the ‘nefarious’ policies of the BJP. 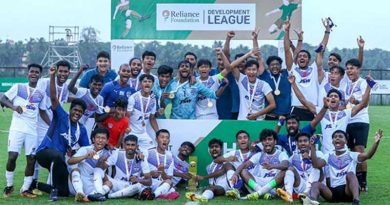 International : Putin will fail and Europe will prevail: EU chief