New Delhi, Sep 18 : Just days after the exit of eight Congress MLAs in Goa, veteran Congress leader and old hand in Kashmir affairs Karan Singh has complained of being sidelined with no communication from the party.

The complaint comes as the party’s Bharat Jodo Yatra is progressing. It will culminate in Kashmir, where Karan Singh’s father Hari Singh was the erstwhile ruler before acceding to India.

He expressed his disappointment at not being invited to join the Bharat Jodo Yatra, saying it seems that the party doesn’t need him anymore.

Singh said: “I have not been invited for the Bharat Jodo Yatra. For some years, I feel separated from the party. Neither I am in any committee of the party nor has the party consulted me for some years. A rift has developed between the party and me. I have been in the party my whole life, but it seems that they don’t need me anymore.”

He added: “I have seen a lot in this world, so it doesn’t hurt me anymore. I have got many things through the Congress. But, a time comes when the people around you think that there is no need. There is no contact, nobody asks me anything.”

Not only Karan Singh who is hinting that he is upset with the party, there is an endless list of those who have parted ways with the Congress including Ghulam Nabi Azad, Kapil Sibal, Ashwani Kumar, both former cabinet ministers, and loyalists like Jyotiraditya Scindia, Jitin Prasada and RPN Singh. Azad attacked the party leadership like no one before him and even said that PAs and security guards were running the show in the party.

Asked about the exit of senior party leader Ghulam Nabi Azad, Karan Singh, who is from the erstwhile royal family of Jammu and Kashmir, said that it will have an impact and the party will suffer.

However the Congress has justified Azad’s exit. On Saturday Jairam Ramesh said in a tweet after the results from Ladakh came in, “Here is some breaking news for Modi, Shah and Azad. The Congress party has defeated the BJP by a convincing margin in the Temisgam by-election to the Ladakh Hill Council. Congratulations to the Ladakh District Congress Committee!”

Ghulam Nabi Azad in his resignation letter accused the Congress Working Committee members of humiliating him after the G-23 leaders wrote a letter to party president Sonia Gandhi.

“The only crime committed by the 23 senior leaders who wrote that letter out of concern for the party is that they pointed out both the reasons for the weaknesses in the party and the remedies thereof. Unfortunately, instead of taking those views on board in a constructive and cooperative manner we were abused, humiliated, insulted and vilified in a specially summoned meeting of the extended CWC meeting,” he said.

“In the August of 2020 when I and 22 other senior colleagues, including former Union Ministers and Chief Ministers wrote to you to flag the abysmal drift in the party the “coterie” chose to unleash its sycophants on us and got us attacked, vilified and humiliated in the most crude manner possible,” he added.

The veteran leader alleged that on the directions of the coterie that runs the AICC today his mock funeral procession was taken out in Jammu and those who committed this indiscipline were feted in Delhi by the general secretaries of the AICC and Rahul Gandhi personally.

“Subsequently the same coterie unleashed its ‘goondas’ to physically attack the residence of a former ministerial colleague Sh. Kapil Sibal who incidentally was defending you and your kin in the courts of law for your alleged acts of omission and commission,” Azad wrote in the letter.

The Congress is maintaining that it is not going to be deterred by the BJP or it’s agents; the yatra is getting a huge response and it will strengthen the party.

The Congress launched the Bharat Jodo Yatra from Kanyakumari to Kashmir on September 7. Rahul Gandhi is leading the yatra that will cover over 3,750 km through 12 states and reach its destination in Kashmir in 150 days.

Meanwhile, the Congress hinted on Thursday that the party may also plan a similar Yatra from Gujarat to Arunachal Pradesh next year. 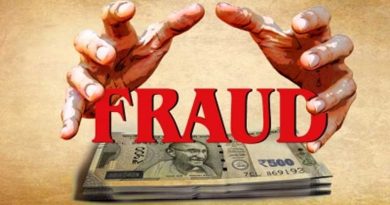