Srinagar/Mumbai, Aug 14 : Decked with the national flag, the ‘Golden Joint’ of the Chenab railway bridge was launched on Saturday thereby inaugurating the World’s highest railway bridge.

To commemorate ‘Azadi Ka Amrit Mahotsav’, the world’s highest bridge in Reasi district of J&K was decked up with the Tricolour by the workers on this occasion.

The workers were seen celebrating and hoisting the national flag with love and pride right in the middle of the bridge at the golden joint.

Union Minister Ashwini Vaishnav took to Twitter to showcase a video of the launch of the golden joint and the deck closure ceremony from the Chenab bridge. The 40-second video added in the tweet shows the workers celebrating atop the world’s highest bridge as they have worked tirelessly for years to achieve this feat.

Sanjay Gupta, CMD Konkan Railway told reporters, “From the two ends of the Chenab River valley, the bridge superstructure on the arch was gradually pushed so that it eventually connected at the centre of the arch… This has been a long journey. The term ‘golden joint’ was coined by civil engineers. It’s the world’s highest railway bridge.

A few days before laying the golden joint, Afcons Infrastructure Ltd Deputy Managing Director, Giridhar Rajagopalan had told IANS, “Both ends will finally meet to complete the bridge overarch deck and the segments will be joined with the help of High Strength Friction Grip (HSFG) bolts to mark the critical ‘golden joint’ on the iconic structure. This will complete the Chenab River bridge, 359 metres above the riverbed, an�extraordinary achievement and heralding a new chapter in the history of J&K.”

The bridge comprises 93 deck segments, each weighing around 85 tonnes, launched simultaneously from both ends of the valley over the massive steel arch and work on joining five segments in�full progress on the single line linking Katra (Jammu) with Qazigund (Kashmir), some 75 km away, he said.

The project is part of the ambitious 272-km long railway line from Udhampur to Baramulla joining Jammu with the Kashmir valley as an all-weather highspeed alternative, named the ‘Udhampur-Srinagar-Baramulla Rail Link Project’.

The bridge has so far gobbled up around 30,350 tonnes of steel, comprising 10,620 tonnes to build the gigantic arch and 14,500 tonnes for the bridge deck, and stands majestically near the Kauri village upstream of Salal Dam.

Explaining the high-tech that has gone into the construction, Rajagopalan said that for the first time in Indian Railways, incremental launching was done on a transition curve and a longitudinal gradient, both at the same location, for the deck launching of the viaduct portion on the bridge.

Normally, bridges are built incrementally on a straight or curved platform with a uniform radius, and executing launching activities in inclement weather with stormy winds was extremely challenging, and Northern Railways and Konkan Railway Corporation Ltd played a big role in finalising the bridge design, he added.

Given the height, the extreme weather conditions, and strong gales that often lash the valley, the sophisticated automatic signalling system installed on both sides will stop the trains from crossing the bridge if wind speeds there touch 90-kmph.

Stressing on quality and safety, a NABL laboratory was set up at the Afcons site to monitor quality at all stages, weld sample tests, etc, saving huge time, and NR permitted the use of a Phased Array Ultrasonic Testing Machine to inspect welds for the first time in the country.

The access roads to the project site helped generate local employment while providing connectivity to several remote villages in the region, the fabrication work was carried out in workshops at both ends with the heavy and bulky segments transported to the launch pad using a specialised modular trailer, said Rajagopalan.

The Afcons team of engineers also designed a launch platform with a segment lifting capacity of 120 tonnes for a height of around 39 metres, and developed and implemented several other innovations to overcome the various challenges of the treacherous mountainous terrain.

In addition to the Chenab Railway Bridge, 16 additional bridges are also being built on the rough terrain to connect Kashmir with the rest of the country. 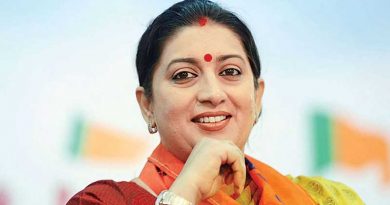