As Sena leader Aditya Thackreay reached Kalamnuri in Hingoli, Gandhi warmly greeted and hugged him as the media and other marchers furiously clicked photographed and videographed the meeting.

Thackeray was accompanied by Leader of Opposition in Maharashtra Legislative Council, Ambadas Danve and party MLC Sachin Ahir in the march.

The trio chatted with Gandhi and joined him for some distance in the BJY which entered Hingoli district from Nanded this evening.

En route, the two young leaders interacted with other people, waved at the crowds assembled on both sides of the roads as the BJY – which start from Kanyakumari – completed 65 days on Friday.

Earlier, as the BJY was wending its way out of Nanded to Hingoli, many locals showered flower petals on the participants, cheered them and encouraged them to keep marching, said a Congress spokesperson from the site.

After entering Hingoli, a large group of villagers arrived to welcome the BJY along with a surprise – an elephant – thrilling the marchers, who clicked selfies with the creature.

Even a group of some two dozen ex-servicemen joined the BJY, met Gandhi and raised slogans in support of the march and demanded the implementation of their long-pending demand of One Rank One Pension. 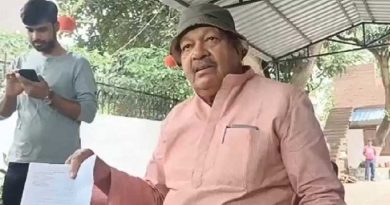 Politics : Akhilesh continues to lose friends when he needs them the most