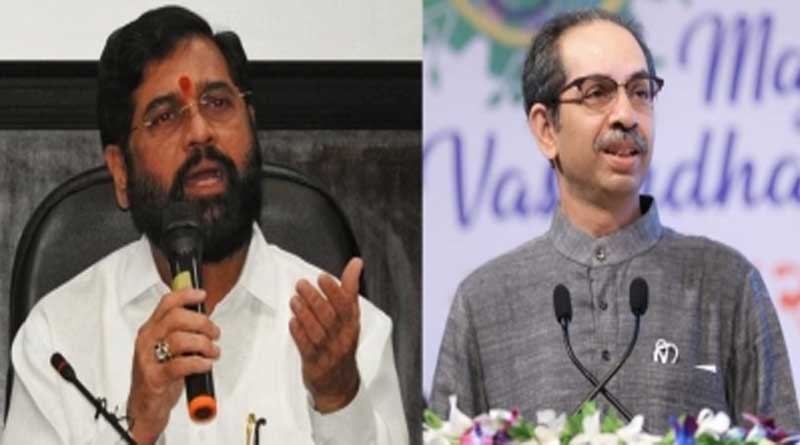 New Delhi, July 23 : The poll panel has asked both factions — Uddhav Thackeray and Eknath Shinde — to submit documentary evidence to prove their claim of having majority members in the Shiv Sena.

As per the Commission, both the groups have been asked to submit a reply by 1 p.m. on August 8 after which the Election Commission will hold a hearing regarding the claims and disputes between both factions of the Shiv Sena.

Both the factions have written to the poll panel staking claims to the party.

The Uddhav Thackeray faction had written to the Commission on multiple occasions claiming certain members of the party had indulged in anti-party activities. It had also raised objections to the Shinde faction establishing any political party using the names ‘Shiv Sena’ or ‘Bala Saheb’.

On the other hand, Shinde camp had also approached the poll panel staking claim under Para 15 of the Election Symbols (Reservation & Allotment) Order, 1968, to declare the group led by Eknath Shinde as Shiv Sena and also allot the party symbol “Bow and Arrow” to the group.

Shinde has also told the Election Commission that 40 out of 55 MLAs, various MLCs, and 12 MPs out of 18 are with him.

When two factions stake claim to the same symbol – the EC first examines the support each faction enjoys, both within the party’s organisation and its legislature wing.

In such cases, the commission can also freeze the party’s symbol and ask the two factions to register with new names and symbols. In case polls are around the corner, it can ask the two groups to choose a temporary symbol.