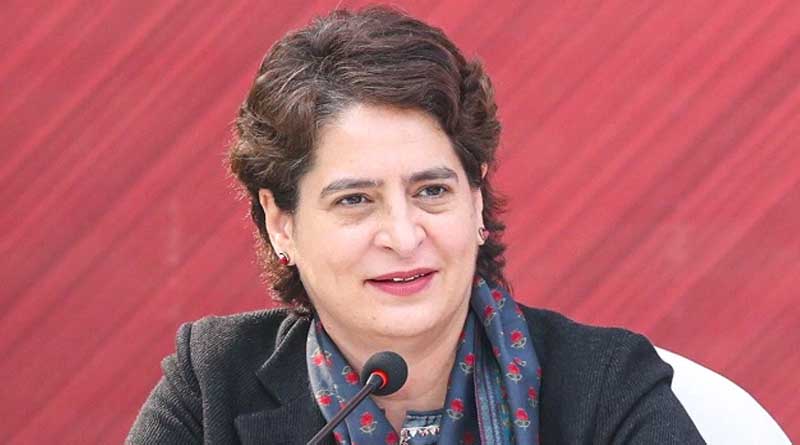 She has already started her campaign from Solan and now would address eight more rallies in different parts of the state before the elections.

A spokesman of the Congress party said on Friday that Priyanka Gandhi Vadra, general secretary of the Congress, will hold eight rallies and road shows in the Himachal Pradesh towns of Mandi, Kullu, Kangra, Chamba Hamirpur, Una, Shimla, and Sirmaur before the election on November 10.

As per the reports, she would address rallies at Kangra and Chamba on November 3, Hamirpur, and Una on November 7.

Earlier, she will be in Mandi and Kullu on October 31. She will hold rallies and road shows in Sirmaur and Shimla on November 10.

In Himachal Pradesh, which will vote on November 12, the Congress hopes to take back control after a five-year absence. On December 8, the counting of votes would take place.

The Bharatiya Janata Party (BJP) wants to keep control of the government and as such it has launched its campaign known as ‘Mission repeat 2022.’

Priyanka Gandhi addressed a rally on October 14 to officially kick off the Congress’ election campaign in Himachal Pradesh.

She pledged that if Congress returns to power, 100,000 government jobs will be created, the old pension plan will be reinstated at the first Cabinet meeting. The BJP government, according to Priyanka Gandhi, has done nothing for the underage population, workers, or women.

The Congress party has already announced the names of its candidates for sixty-three seats and for others it was going to make a decision by Friday night.

On other hand, the BJP has already announced names of its candidates for all the sixty-eight seats of the state.

However, the fate of both parties which are faction ridden will be decided after allotment of the tickets.