Varanasi, Sep 12 : Prohibitory orders have been imposed ahead of Monday verdict in a district court here in Uttar Pradesh on the maintainability of a plea seeking permission for daily worship at Maa Shringar Gauri Sthal inside the Gyanvapi complex.

The Varanasi Commissionerate issued the order and asked officers to hold talks with various religious leaders in their respective areas to ensure peace.

District judge Ajay Krishna Vishvesha reserved his order till September 12 when the matter was last heard on August 24.

Varanasi Police Commissioner A Satish Ganesh said that to maintain law and order and peace, the city has been divided into sectors and the police force have been deployed as per the sensitivity of the area.

He said that flag march and foot march were being carried out in highly sensitive areas.

Along with this checking on the borders along with guest houses, hotels were being done in the wake of the sensitivity of the case.

Five women have moved the plaint seeking permission for daily worship at Maa Shringar Gauri Sthal inside Gyanvapi complex. The district court will decide whether the plaint is maintainable or not. 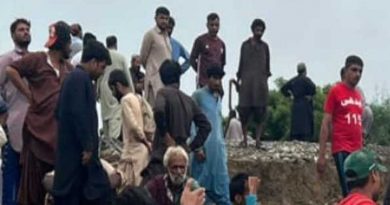