Hamirpur (HP), Aug 23 : The MeT has issued heavy rain alert in Himachal Pradesh for next two days till Thursday.

According to the Meteorological Center Shimla, there will be heavy rain in many parts of the state on August 24 and 25. The weather is likely to remain bad till August 29, it said.

It said that during the last 24 hours, 18 mm rain has been recorded in Kasauli and 11.3 mm in Dharamsala.

According to the report of the State Emergency Operation Center, Shimla, 118 roads were blocked in the state till Tuesday morning due to landslides.

A total of 111 power transformers were disrupted in the state. Eighty-five drinking water projects are also affected. In view of the alert, people have been advised to stay away from rivers and streams.

The administration has issued new orders for school students after the damage caused by heavy rains in Chowari and Sihunta areas of Chamba district.

Students have been exempted action if they fail to make it to classes after facing such calamity.

The Higher Education Department has issued the order to all school heads of Chowari and Sihunta region. 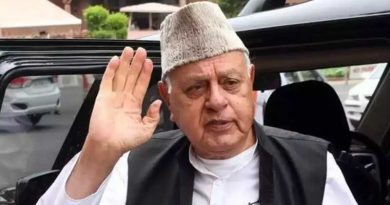 BJP faces rebellion in 3 out of 5 seats in Hamirpur