Kolkata, Oct 31 : The current unscheduled meeting on November 3 under Section 45ZN of the RBI Act is only a part of the regulatory obligation and we do not foresee any other agenda to be announced at this meeting, even as it is scheduled a day after the Fed meet on November 2, according to Dr. Soumya Kanti Ghosh, Group Chief Economic Adviser, State Bank of India.

Furthermore, looking at the past unscheduled meetings of MPC in Mar’20 and May’22, there were no press release of such meetings earlier and the announcement of rate decision was unscheduled in true sense. RBI in its Report on Currency & Finance (2020-21) has mentioned that in the case of India, failure may be redefined as inflation overshooting/ undershooting the upper or lower tolerance bands around the target for four consecutive quarters instead of current three quarters, Ghosh said.

Meanwhile, global data contradictions are galore. US GDP growth came in stronger than expectations (on the back of a stronger oil exports), even as DXY has weakened against the market perception of a slower than anticipated rate hike by Fed post November. A dovish ECB guidance, coupled with a dovish Bank of Canada rate hike confirms that such optimism of the markets may not be entirely unfounded, he said.

Ghosh said the most recent reading of the US Employment Cost Index showed a considerable slowdown in private-sector wage growth in the third quarter – it rose 1.2% compared to 1.6% in the second quarter indicating that the wage-price spiral is beginning to ease. Consumer spending, which accounts for more than two-thirds of US economic activity, showed growth slowing to a 1.4% rate from the second quarter’s 2.0%. New orders for non-defence capital goods, viewed as a proxy for business spending, fell unexpectedly in September. All this conjures up for a significantly lower probability of 75 bps hike for mid-December (65% probability), with the narrative for a 50 bps hike taking pole position now.

Against this background, recent MPC minutes in India suggest some members looking for an early end to the rate hike cycle. The unseasonal rains in several parts of the country (in food grains producing states also) in October this year are affecting kharif crops significantly. In states like UP, the unseasonal rain was more than 400% above than the normal. In 2019, when unseasonal rains happened, average food prices more than doubled from 4.9% to 10.9% . Currently, the September food inflation is at 8.4% and a similar trend like the one seen in 2019 can put headline inflation towards 7.5% in December. This could put a spanner to the inflation projections of RBI and market consensus. This could also mean that the terminal repo rate could still be difficult to comprehend at this time, though consensus puts it at 6.5%, he said.

Nevertheless, liquidity deficit in the banking system has been now consistently running at Rs 60,000 crore for the last 4 days. Banks have adjusted deposit rates significantly upwards in October, Ghosh said.

Ghosh said the good news is that INR has continued its comparative resilience, strengthening on the back of recent fall in Dollar index. Even though the current Dollar descend could be a temporary phenomenon as markets love to side with somewhat illusory narratives before policy meets that inflation has peaked due to policy actions, the wild swings seen post select tech behemoths’ results point to markets pricing in more the weaker forward guidance over the better than expected immediate results.

Also, on ECB front, during the first five months in FY23, total ECB raised by corporates is a paltry $8.26 bn (against $11.23 bn in first five months during FY22 and $39.89 bn during the full year). If better rated Corporates raise fresh ECB now, that should help the RBI in also doing Buy/Sell swaps, bringing down hedging cost while lowering the Forward Premia too! This will mean an improvement

in capital flows that could have a positive bearing on exchange rate outlook, he added.

PDP : Will fight for resolution of J&K 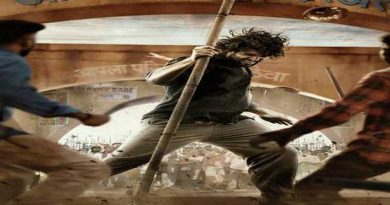 Bihar : Gurugram mall not mine, was inaugurated by Haryana CM Khattar: Tejashwi