New Delhi, Aug 13 : Salman Rushdie, literally the “midnight’s child” draws a close relation to his most celebrated title — being born in 1947, when India too announced her “tryst with destiny”.

The Indian-born novelist catapulted to fame with “Midnight’s Children” in 1981 and since never looked back be it in hiding or otherwise. He has written 14 novels between 1975 and 2019 and been nominated five times for Booker Prize, having won it in 1981 for his second novel.

His surrealist, post-modern writing sparked outrage in the Muslim world when his fourth book “The Satanic Verses” was published in 1988.

It forced him into hiding for nearly a decade. Its content was considered “blasphemous”, leading to bans in some countries.

A year after the book’s release, Iran’s Supreme Leader Ayatollah Khomeini called for Rushdie’s execution. Khomeini offered a $3million reward in a fatwa.

The bounty over Rushdie’s head remains active although Iran’s government has distanced itself from Khomeini’s decree.

A semi-official Iranian religious foundation added $500,000 more in 2012 to the legal decree issued by an Islamic leader.

Several people were killed in anti-Rushdie riots in India and in Iran the British embassy in the capital, Tehran, was stoned.

The fatwa called for the killing of anyone involved in the publication of the book and offered rewards to those who took part in the murders. The fatwa has never formally been rescinded.

In 1991 a Japanese translator of the book was stabbed to death. Few months later, an Italian translator was also stabbed and the book’s Norwegian publisher, William Nygaard, was shot – but both survived, the BBC said.

The 75-year-old British-American citizen was born to non-practising Muslims and is an atheist himself. He has been a celebrated advocate of freedom of speech, defending his work on several occasions.

Surprised by the widespread nature of the protests, Rushdie had apologised to Muslims but went into hiding.

Rushdie, who has faced death threats for over three decades since “The Satanic Verses”, has said the main thrust of his novel was to examine the immigrant experience.

Some Muslims, however, continue to hold grudge over his “portrayals of the Prophet” and “the questioning of nature of the revelation of the Quran as the word of God”.

“The Satanic Verses” was banned first in India, and then several other countries before Khomeini issued his fatwa.

When Rushdie was knighted in 2007 by Queen Elizabeth II, it sparked protests in Iran and Pakistan, where even a minister justified “suicide attacks”.

Rushdie has been subject to threats and boycotts – but he continues to write and his next novel “Victory City” is due to be published in February 2023, the BBC said. 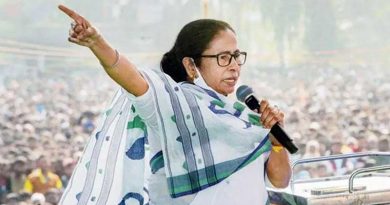 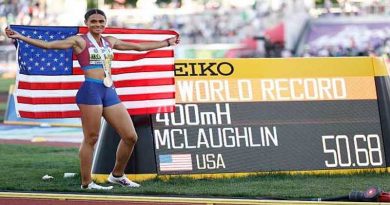 National : IITs have been the pride of the nation: President Murmu