Srinagar, Nov 19 : J&K Police is carrying out searches at multiple locations in Kashmir in connection with the threat issued by the militants to journalists recently.

Police said the searches were being conducted in Srinagar, Anantnag and Kulgam districts of Jammu and Kashmir.

“Massive searches in connection with investigation of case related to recent threat to journalists started by Police at 10 locations in Srinagar, Anantnag and Kulgam. Details shall be followed,” a Police tweet said.

Five Kashmiri journalists had resigned earlier this week after a militant organisation put out a list of a dozen media persons, accusing them of being informers of forces.

The Jammu and Kashmir Police said “The Resistance Front”, an offshoot of Lashkar-e-Taiba, was behind the threats. Police had already registered a first information report against TRF under provisions of the Unlawful Activities Prevention.

On Friday, the Editors Guild of India expressed concern on reports of threats to journalists and urged the Union Territory administration to ensure security. 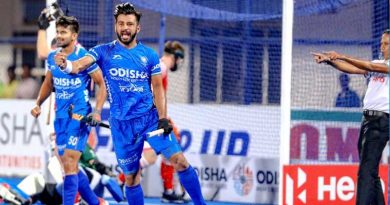