Mumbai Aug 25 : The Shiv Sena on Thursday hit out at the Maharashtra government for the ruckus seen in the Assembly.

“The entire state of Maharashtra has bowed its head in shame following the ruckus created by the (rebel) ruling group” Shiv Sena and BJP, the Sena mouthpiece Samana said in an editorial.

Thursday is the last day of Monsoon session.

“Since the government born out of betrayal came to power in Maharashtra, instead of running the administration in a legitimate way, hooliganism like threats and beatings have increased,” the mouthpiece said.

This is what happened in the legislature on Wednesday, it said.

As Opposition Leader Ajit Pawar handled the situation with patience, more horror was averted, it said.

NCP MLA Anil Patil wore a carrot garland around his neck to register his protest against the government which he claimed only shows carrots to the people.

The Shinde group MLAs tried to snatch the garland, leading to turbulence.

“Right now, those in power in Delhi have only one strategy. Either they will declare the opposition enemies of the country, buy them off but also put them in jail, said the Samana. 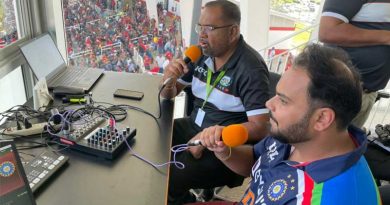 My husband is a BJP member, claims Shrikant Tyagi’s wife