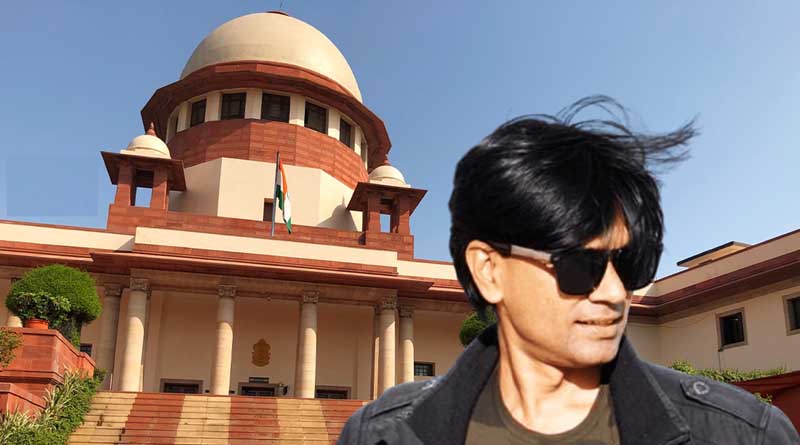 New Delhi, July 20 : The Supreme court on Wednesday ordered the immediate release of fact checker and journalist and co-founder of Alt News Mohammed Zubair, arrested last month over a 2018 tweet which the police deemed it “highly provocative”.

A Bench headed by Justice Dr D Y Chandrachud passed the order after hearing the plea filed by Zubair seeking a direction to club the FIRs registered against him and also quashing of the FIRs.

The court said that the exercise of power of arrest must be pursued sparingly and that there was no justification for keeping Zubair in custody any further.

The apex court said that it would be fair that all the FIRs were clubbed together and investigated by one authority.

All the six FIRs registered against Zubair should be transferred to Delhi Police, the court said.

The Supreme Court said the SIT constituted by the Uttar Pradesh government should be disbanded and rendered redundant.

The Supreme Court said the directions shall extend to any further FIRs too.

The bail bonds in compliance with the direction shall be given to the Chief Metropolitan Magistrate (CMM) of Patiala House Court.

The Superintendent of Tihar Jail shall take immediate action shall release him by 6 pm on Wednesday.

Zubair, a vocal critic of Indian Prime Minister Narendra Modi, was arrested after an anonymous Twitter user lodged a complaint with the authorities over the four-year-old post.

The court said the investigations can continue and there was no justification for keeping Zubair in custody.

Zubair’s lawyer had earlier said the criminal case against his client bordered on the absurd because Zubair, a Muslim, had used satire from a Hindi-language movie in his 2018 tweet and there was no evidence that he had hurt religious sentiments of Hindus.

Zubair and his collegaues have accused the Union government of using the police to find petty tactics to silence the voice of journalists and other unbiased critics.

Earlier this year, Zubair had drawn attention to an alleged remark about Prophet Mohammad made on TV by a spokesperson for Modi’s Bharatiya Janata Party (BJP).

With about half a million followers on Twitter, Zubair’s tweet about the comments went viral. The BJP suspended the spokesperson for anti-Islam remarks and expelled another official in a bid to defuse domestic and international diplomatic outrage.

TikTok to ban all political fundraising on its platform