New Delhi, Nov 1 : The Supreme Court on Tuesday disposed of a clutch of petitions seeking direction to the Centre and the Election Commission to allow postal or proxy voting by NRIs and migrant workers.

A bench, headed by Chief Justice U.U. Lalit and comprising Justice Bela M. Trivedi, noted that Attorney General R Venkataramani has assured that steps will be taken to ensure persons living outside and migrant labourers are part of the electoral process.

It also took note of AG’s submissions that voting facilities shall be extended by maintaining the confidentiality of elections. The top court noted that notice on the lead PIL filed by Nagender Chindam was issued in February 2013.

The bench told counsel representing the petitioners that in matters where a committee has been formed by the Election Commission followed by tabling of a bill in one of the houses of Parliament, the court, against this backdrop, is not inclined to entertain the petitions any further.

Some of the petitions in the matter have been pending for close to 10 years, it said.

“Sorry. We will just close this,” said the Chief Justice, after considering the AG’s assurance in the matter.

The bench told counsel after a notice was issued in the matter, the Election Commission formed a committee to examine the matter and its recommendations were accepted.

The petitioners’ counsel had argued that several countries have adopted external voting, conducted by setting up polling booths at diplomatic missions or through postal, proxy or electronic voting.

Disposing of the petitions, the top court, in its order, noted that a report was submitted by the committee in the court and the Centre also accepted the recommendations made by the Election Commission. It added that the government decided to introduce the Representation of Peoples Amendment Bill in 2018 in the Lok Sabha to amend a provision of section 60 of the Act, and it intended to enable the overseas electors to cast votes through proxy. However, the Bill which was passed in the Lok Sabha could not be introduced in the Rajya Sabha and it lapsed and since then there has been no development, said the top court.

It recorded the the AG’s submissions that matter is still engaging the concerned authorities and a solution will be found to allow overseas persons and migrant workers to cast their votes with confidentiality.

The top court was hearing petitions filed by Chindam, chairman of the London-based Pravasi Bharat organisation, and other NRIs. 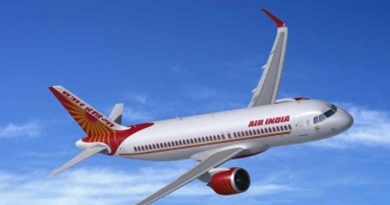