Thiruvananthapuram, Aug 8 : Keeping her date with the media that she will be revealing more, on Monday, the prime accused in the gold smuggling case, Swapna Suresh slammed Kerala Chief Minister Pinarayi Vijayan on his role which helped an Egyptian-born UAE national escape the law.

The UAE national was caught by the CISF Cochin airport authorities with a Thuraya satellite phone.

Explaining to the media, Swapna Suresh said it was on July 4, 2017 that the airport security officials apprehended an Egyptian-born UAE national with a Thuraya phone.

This UAE national, according to Swapna, had arrived in Kerala on June 30 at the Kozhikode airport.

“Without even probing what this UAE national did for four days in Kerala, he was allowed to fly out after a note from Warrier. The police officials at Kochi kept this UAE national in the police station from 4th July to 6th July and on 7th July he flew out,” said Swapna.

Swapna in July said that she has documents to nail Vijayan on how he has been misusing his powers and promised to reveal to the media the anti-national activities being carried out by him.

“It is natural for the UAE officials to get in touch with the officials in Kerala when it comes to their nationals, but how can Vijayan be part of it and wish to ask him, if he represents UAE. All this illegal act is being done by him to ensure that his daughter Veena Vijayan is able to start a business in the UAE,” added Swapna.

Suresh also took a dig at the media, saying, “the next time you meet Vijayan, please ask him why he is doing all this.”

“First he said he doesn’t know me, then he said he has seen me, and later he said I came with the UAE Consulate officials here to his house. Please ask him to break his silence and speak about all that I have raised. I will in the coming days again come out with more revelations against the chief minister,” said Swapna.

After her first revelation in June this year that Vijayan, his wife and daughter were “engaged in smuggling gold and currency”, Vijayan has rarely spoken to the media. 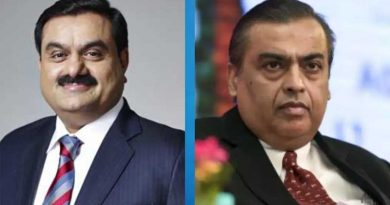