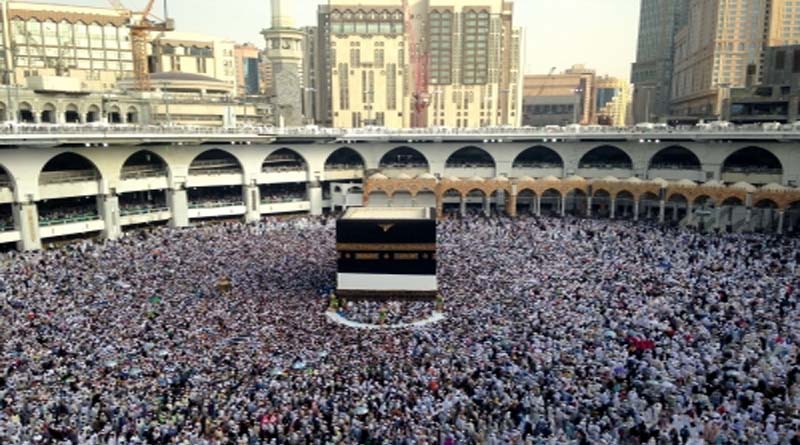 Hyderabad, Aug 3 : The claim by a Telugu YouTuber that he visited Islam’s holiest site Mecca in Saudi Arabia has sparked a row with a section of netizens calling for action against him for violating the Saudi rules which do not permit a non-Muslim to enter the grand mosque.

Ravi Prabhu recently claimed in a live chat that he entered Mecca. He even showed a photograph on his mobile, which shows him standing near the holiest mosque with hands raised in supplication.

In another video clip, the traveller revealed that at the entry point to Mecca he was asked to recite some Quranic verses and when he recited the same, he was allowed.

However, the YouTuber’s claim kicked up a row with some netizens questioning his action and even demanding Saudi authorities to take action. In the wake of this controversy, Ravi stopped answering any questions about his alleged Mecca visit.

During the subsequent live sessions over social media, the traveler declined to answer any question about Mecca. Some of the netizens remarked that his action was not proper and legal. One of them even commented that he may face imprisonment for 8-10 years.

Another netizen stated that he may face the death sentence in Saudi Arabia for entering Mecca in violation of rules. A Twitter user has tagged Saudi authorities while demanding action against Ravi for allegedly using fake Muslim certificate to enter Mecca. He also posted a video of the traveler’s claims.

Ravi, whose YouTube channel Ravi Telugu Traveller has over 6 lakh subscribers, had claimed to be the first Telugu YouTuber to enter Mecca.

This came close on the heels of the reporter that an Israeli journalist managed to sneak into Mecca. Gil Tamary of Channel13 violated Saudi rules to enter the holy city. A Saudi citizen is reportedly facing prosecution for alleged complicity.

Ravi, an Indian American, claims to be the most travelled Telugu YouTuber. He has posted videos of his visit to various countries on his YouTube channel. He claims to have visited 187 of the 195 countries.