Chennai, Sep 28 : The farmers of Tiruchi district have complained that the Tamil Nadu Civil Supplies Corporation, which is the nodal agency for coordination the procurement, has not been active in procuring rice resulting in heavy losses.

Tiruchi district is considered as the rice bowl of the state, and the Kuruvai farmers of the district used to get good returns from the crop. However, this time many farmers and farmers’ organisations are worried over the lack of the Direct Procurement Centres (DPCs).

Farmers in the villages of Lalgudi, Sembarai, Mettupatti, and other areas of the district are worried about the produce getting piled up without being procured. They allege that the Direct Procurement Centres are not functioning.

The farmers are in a Catch-22 situation as they won’t sell the crop to private entities as they don’t get the proper compensation and if the procurement is not done either by the DPCs or private entities the crops would be lost in the days to come. While DPCs provide Rs 1,290 per 60 kg bag, private players provide only Rs 1,100 for a 60 kg bag. This leads to heavy losses for the farmers.

Subbu R., a Kuruvai farmer from Mettupatti, Tiruchi while speaking to IANS said, “We don’t know where we are going. There has been heavy rain that has caused huge damage and the MeT department has already communicated that there would be more rain in the days to come. The North-East monsoon is also to arrive in a couple of weeks and our crop will be lost which we can’t afford to.”

The farmers also said that if direct procurement had begun by now, the harvesting for around 500 to 600 hectares of land would have commenced by now.

The Tamil Nadu Civil Supplies Corporation officials, however, told IANS that there has not been any delay on their part and that 15 DPCs have been opened and procurement would commence in the days to come. 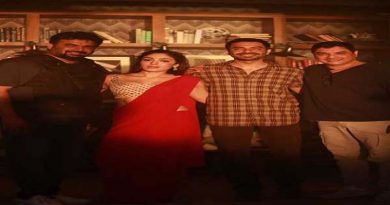 If Cong wants to be part of Gujarat, it has to give up caste politics: PM Modi

Mamata expresses anguish over firing at Mukroh in Meghalaya