Noida, Aug 28 : The countdown for the historical fall of the Twin Towers has begun and all the preparations are in the final stages. The officials and the engineers of the Edifice Engineering took stock of the situation after reaching the rooftop of the towers in the morning.

As the preparations enter the last stages for the blast, the officials are making sure they that there are no loose ends and are engaged in re-checking every arrangement. The officials are ensuring no technical fault before the blast.

The company has built a wall to prevent falling debris by placing old tyres and iron containers next to the basement of the twin towers. The wall surrounds the towers.

An important challenge for the officials and engineers of the Edifice Engineering is to demolish the tower while ensuring the safety of the residential societies near the twin towers. All preparations are in the last stage to carry out the demolition exercise without harming the adjoining societies.

International : Six on board crashed helicopter found alive in Malaysia 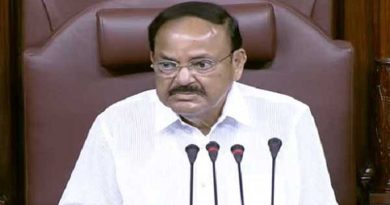