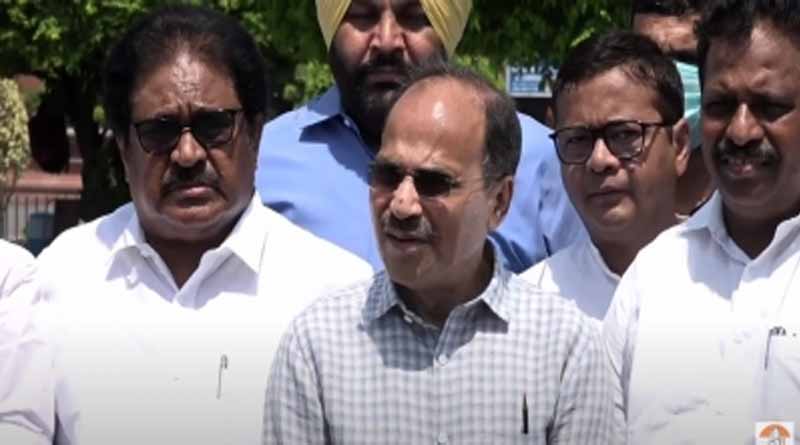 Chowdhury on Wednesday courted controversy after he referred to President Droupadi Murmu as ‘Rashtrapatni’ in the Lower House.

After the House adjourned on Thursday, Gandhi walked up to an agitated Rama Devi and reportedly told her that when Adhir Ranjan has already apologised, why was she being dragged into it?

When Smriti Irani, who was also present, tried to intervene, Gandhi asked her not to speak to speak to her. Later, Supriya Sule of NCP from opposition benches and Pralhad Joshi from the Government’s pacifed the agitated members, sources said.

Taking to Twitter, Jairam Ramesh said: “Atrocious and outrageous behaviour by Union Minister Smriti Irani in the Lok Sabha today! But will she be pulled up by the Speaker? Are rules only meant for the Opposition?”

Adhir Ranjan Chowdhury issued a statement and said that it was a slip of tongue and mistake was committed “The BJP is creating a furore which was by mistake while speaking on the subject. I made a mistake, just once.

He said he had apologised for it and BJP is making a mountain out of mole.
Sonia Gandhi too said that he has apologised and tried to pacify the opposition MPs when the incident took place.

UP woman duped of money on matrimonial site