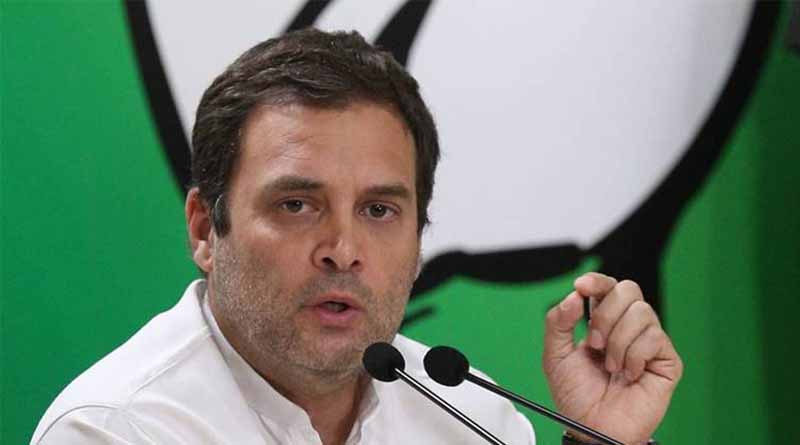 New Delhi, July 29 : Congress leader Rahul Gandhi on Friday questioned the Gujarat government over the hooch tragedy and said it is a matter of great concern that a such a thing happen in the land of Bapu and Sardar Patel.

He also accused the BJP-ruled state for giving protection to those who are behind this incident.

“It is a matter of great concern, in the land of Bapu and Sardar Patel, who are these people who are carrying out the drug business indiscriminately? Which ruling forces are giving protection to these mafias?” Rahul Gandhi Tweeted.

Rahul Gandhi said, “In the ‘dry state’ Gujarat, many houses were destroyed by drinking spurious liquor. Drugs worth billions are also being recovered there continuously”.

The death toll due to the consumption of spurious liquor in Gujarat has reached 42, and nearly 95 people are still admitted to hospitals in Bhavnagar, Botad and Ahmedabad, police said.

The Botad and Ahmedabad police on Tuesday registered three FIRs against nearly 20 culprits under Indian Penal Code Sections 302 (murder), 328 (causing hurt by poison) and 120-B (criminal conspiracy) and have arrested at least 15 of them so far.

The hooch tragedy had come to light early Monday morning when some people living in Rojid village of Botad and other surrounding villages were referred to government hospitals in Barvala area and Botad towns with deteriorating health conditions.