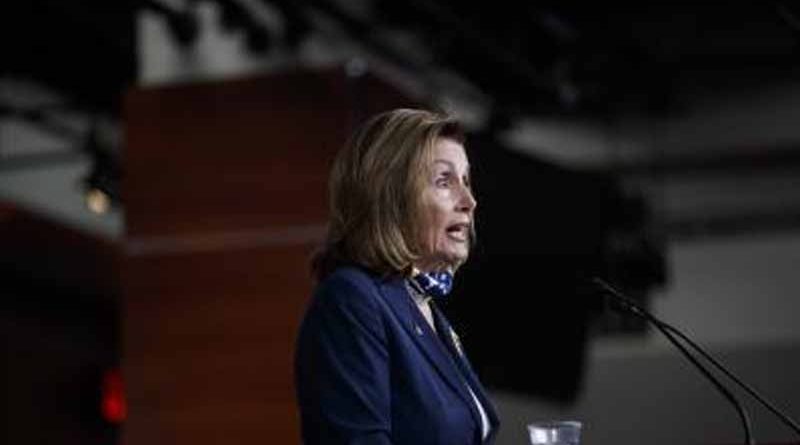 China accused Pelosi, the most senior US politician in 25 years to visit the island nation, which China claims as its own, of “playing with fire”, the BBC reported

“Those who play with fire will perish by it,” Beijing warned in a statement, the report said.

Pelosi said her visit “honours America’s unwavering commitment to supporting Taiwan’s vibrant democracy” and it did not contradict US policy.

As her plane touched down, Chinese state media reported that its military jets were crossing the Taiwan strait. However, Taiwan has denied any such action to have happened.

China, which sees Taiwan as a breakaway province which will one day reunite with its mainland, had previously warned that its armed forces “will not stand by idly”.

In her statement, Pelosi said: “America’s solidarity with the 23 million people of Taiwan is more important today than ever, as the world faces a choice between autocracy and democracy.”

In an article published in the Washington Post, Pelosi also wrote that Taiwan’s “robust democracy is under threat”.

“In the face of Chinese Communist Party’s (CCP) accelerating aggression, our Congressional delegation’s visit should be seen as an unequivocal statement that America stands with Taiwan, our democratic partner, as it defends itself and its freedom,” she said.

Shilpa Shetty to feature on ‘Datebaazi’

Despite his mother’s death, PM carries out official programs in Bengal

International : 129 people killed after stampede at football match in Indonesia