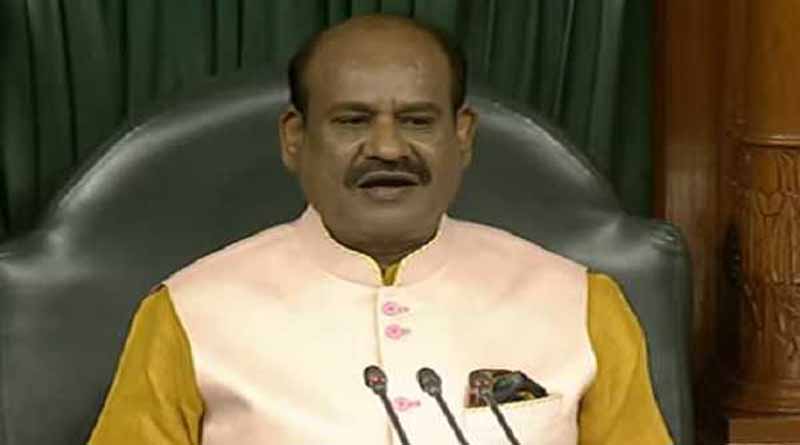 New Delhi, Aug 1 : The Lok Sabha was disrupted on Monday minutes after it met and adjourned for an hour as Opposition MPs staged a protest demanding that suspension of MPs be revoked among other issues.

As the House met, Speaker Om Birla expressed hope that the House would function smoothly, after first two weeks of the Monsoon Session were marred by disruptions.

The Speaker informed the House about the three gold, two silver and one bronze medals won by India so far in the Commonwealth Games being held in Birmingham. He congratulated the winners on behalf of the House.

As the Question Hour started, Congress MPs demanded that the suspension of four MPs from Lok Sabha be revoked.

As Congress MPs protested, Birla appealed to them to not raise slogans and return to their seats.

Minister of State for Parliamentary Affairs Arjun Ram Meghwal said that a discussion on price rise, as demanded by Opposition parties, has been listed.

“They should go back to their seats and participate in discussion,” Meghwal said.

The Speaker then said it was against the dignity of the House to run it amid ruckus, and adjourned the Lok Sabha till 12 noon.

The Monsoon Session of Parliament ends on August 12.

Four Congress MPs – Manickam Tagore, Ramya Haridas, TN Prathapan and S Jothimani have been suspended from the House for this session.

The Monsoon Session, which started on July 18, saw several disruptions in the first two weeks, as Opposition MPs protested against GST hike and price rise, and other issues including suspension of MPs in both the Houses.