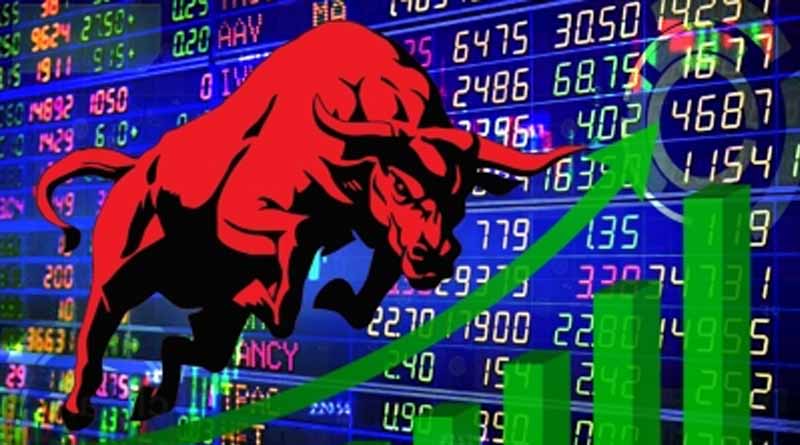 New Delhi, July 22 : FIIs turning positive after a very long time, along with strong results, kept the momentum strong for domestic stock markets during the week.

Domestic equities continued its northbound journey on the back of positive global cues and better than expected 1QFY23 earnings. Nifty opened higher and sustained momentum to close near day’s high with gains of 114 points (0.7 per cent) at 16,719.

Barring IT, pharma and oil & gas, all other sectors ended in green with banking and financial services being top gainers, up more than 1 per cent.

The Nifty auto index surged by 8 per cent in July to its life-time high of 12,690 on account of good progress in monsoon, expectation of revival in rural demand and improvement in chip supply, Motilal Oswal Financial Services said in a report.

On Monday, domestic equities will react to results from several index heavyweights (with more than 30 per cent of Nifty weight), which would announce their numbers over the weekend, the report said.

India VIX has also cooled down by ~20 per cent to 16.65 levels in the last one month, indicating decline in volatility and supporting overall bullish sentiments, the report said.

The easing of crude oil prices also boosted the rupee on Friday.

Jateen Trivedi, VP Research Analyst at LKP Securities, said the rupee traded range bound, hovering around the 80-mark the whole week against the dollar as the dollar index traded between a range between 106 and 109.

Crude price at around 105$ in Brent showing volatility but again retracing back to the same levels of previous week gave rupee little momentum.

“All eyes are on the FED statement and policy next week for further cues and direction. Rupee range till then can be seen between 79.75 and 80.20,” Trivedi said.

On the global front, US Fed meeting and US Q2 GDP data would be the key events to watch out for.

Quaran does not say mosque needed in every nook and corner: Kerala HC